The Cassette System was originally designed to facilitate the installation of flexible ventilation ducting in rapidly excavated headings and consist of three basic components: the fan cone, the duct storage cassette and the draw off cone. The duct storage cassette normally holds 100 m of flexible ventilation ducting and consists of an outer casing and an inner tube, the annular space between the two pieces being the storage area for the ducting. A draw off cone is attached to the inner tube to facilitate orderly pay out of the ducting and smooth airflow through the cassette unit. The third portion, the fan cone, is used to direct the air from the pressure fan through the centre cone section and remain attached to the fan when removing and installing replacement cassettes. 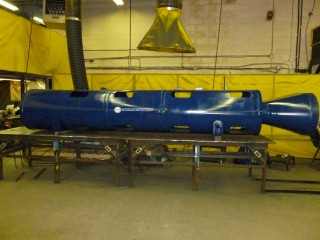 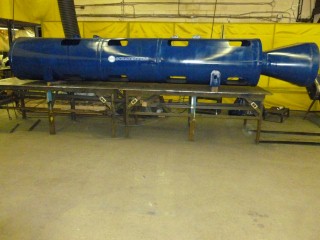 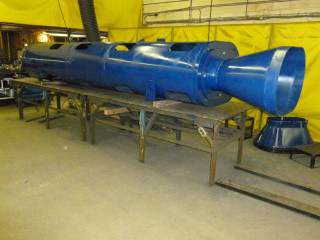